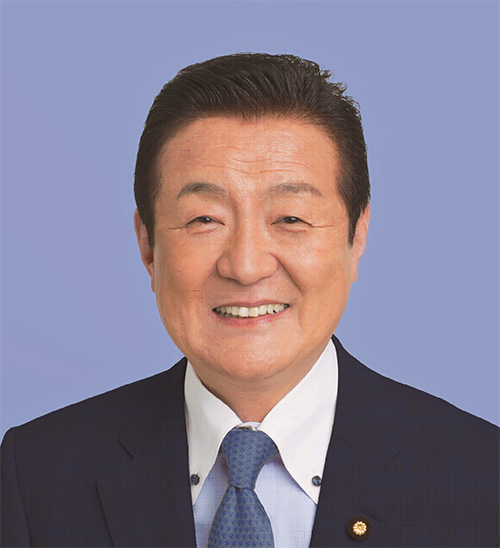 Former Member of the House of Councillors, the Diet of Japan
Former State Minister of Finance,

Senator Fujita was born in Hitachi-shi, Ibaraki Prefecture in 1950. After graduating from the Faculty of Letters’ Department of Philosophy at Keio University, he took part in the MRA (Moral Re-Armament) international goodwill mission “Song of Asia” together with 50 young people from 15 countries in Asia and the Pacific. As member of this group, he spent two years visiting 14 countries where he stayed with over 100 families. He has since visited 52 countries and stayed in the homes of nearly 200 families.

He was an executive director for the Association for Aid and Relief (AAR), the first Japanese NGO to help refugees, director of the International MRA Association of Japan (later, International IC [Initiatives of Change] of Japan).


From September 2011 to October 2012, he served as State Minister of Finance in the Noda Cabinet.  He was in charge of the Budget Bureau, Finance Bureau, and the Bank of Japan.


He was sent by the DPJ to help the victims in those disaster areas such as the tsunami in Sumatra, Indonesia, and the earthquakes in Pakistan and Haiti. In 2004, he went to Jordan to assist in efforts to release five Japanese nationals held hostage in Iraq.


A merger of the DPJ and the Innovation Party created the Democratic Party (DP) in 2016. He was Director General of the party’s International Department and Minister for Foreign Affairs of the DP Shadow Cabinet.


He joined the Constitutional Democratic Party in April 2019. He lost his seat at the Upper House Election in July 2019.
He has taught Japanese politics, conflict resolution and NGO activity at Yokohoma National University, Seigakuin University and Gifu Women’s University as lecturer or visiting professor.

He has a wife, a married daughter, and three grandchildren.